LOVE FOR A DIVORCED IS HARD TO FIND,

BUT LIFE IS A SERIES

Alan (Juan Pablo Gil) is a young and loving divorced father. Most of his time is spent between his job and his daughter Daniela.

Daniela is worried about seeing her dad alone and wants to introduce her beautiful elementary school teacher, Alejandra (Daniela Luján). What Dani doesn’t know is that her dad and teacher have known each other before . Alejandra is the only woman Alan has dated after separating from his wife Karina (Maria Aura). The date went very wrong, by an accident Alan ripped Alejandra’s dress at a party and they have not been spoken since that incident. To complicate things, Carmen (Begoña Narváez), an extravagant woman is after him, she will do her best to conquer him.

Alan turns to his friends, Santi (Oswaldo Zárate) and Rubén (Paco Rueda) to tell them his misfortune and ask for their help. However neither pays attention to it as they are both focused on conquering Fer (Yare Santana) a beautiful woman who has just broken up with her boyfriend (Armando Hernández) and who will not be single for long, so they must take advantage of this little time frame.

The BROKEN HEART CLUB, is a family comedy, with funny situations. But above all with such an unexpected ending that it will leave more than one open mouthed. 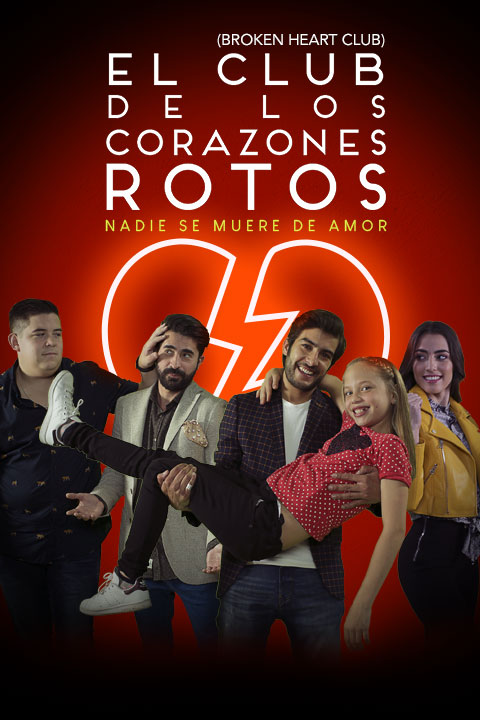